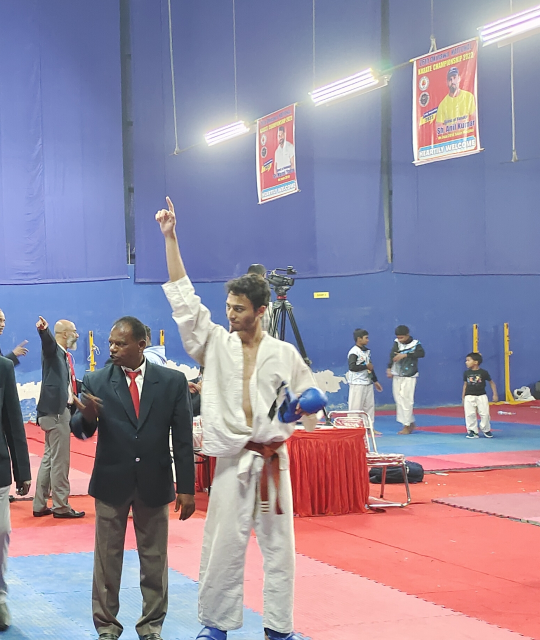 26th National Karate Championship by Okinawa Martial Arts Academy Organized by Ashish Martial Arts Academy Bino-ryu style Karate
The tournament was held at Gurugram, Haryana.
Venue: InfinityS Badminton Academy New Palam Vihar
During the period of 1st to 4th of December.
My match was on the 3rd of December,2022
Matches took place according to belt rankings
Myself being brown belt was placed in a group of Brown Belts (regardless of subdivisions in brown belts)
I received the gold medal in sparring