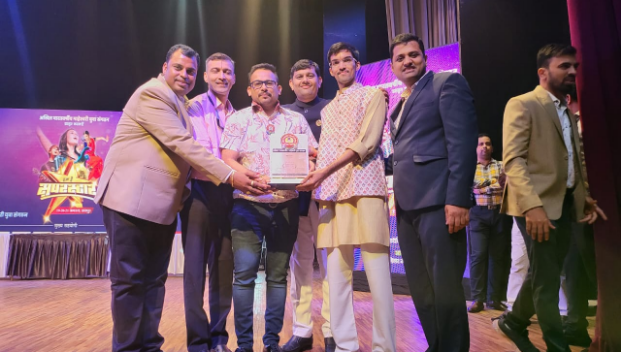 In the previous two and half months I,  LY B.Tech. Mechanical  student Mr.  Keshav Kabra, have gone through Zonal level, State level and recently National level "Hum Hai Superstar" Musical Instrument Solo competition organized by Akhil Bharatvarshiya Maheshwari Yuva Sangathan, in which I played Tabla as my instrument.
At first I got runner-up prize at Solapur Zonal Level then got the opportunity to represent Solapur on State level.
At Maharashtra State level got 1st prize and opportunity to represent Maharashtra state at Nationals.
On 19th, 20th and 21st August 2022 at Raipur, Chhattisgarh, National Level Competition was held in Round 1, Round 2 and Grand Finale respectively, where in total 28 states participated in competition and approximately 4000-5000 people were gathered.
So there I got the 1st prize at the National Level Musical Solo Tabla competition.
I am very glad to share this achievement with all of us as because of all of your blessings, good wishes and support I am able to move ahead.